Home
English-Letter
Write a letter to the Editor of a newspaper expressing your concern about the nuisance of beggars in your city.

Write a letter to the Editor of a newspaper expressing your concern about the nuisance of beggars in your city.

Subject: Expressing concern about the nuisance of beggars.

I have the following matter for your kind attention and publication in the public opinion column of your esteemed newspaper.

Beggary has become a regular feature in our city. We see beggars of different ages at bus stands, railway platforms, near hospitals and marketplaces as well as at traffic signals. They are also seen around other places like gardens. Even healthy people are seen begging. Small children are also forcefully pushed into beggary.

Beggary has become a profession and even people with healthy body do not want to earn their living by doing manual work. Many beggars are professional pickpocketers and thieves. Several instances of chain and purse snatching are reported near traffic signals. 280

The authorities should seriously consider this nuisance and steps should be taken to put a. complete ban on beggary in Varanasi. 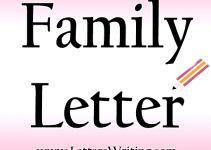